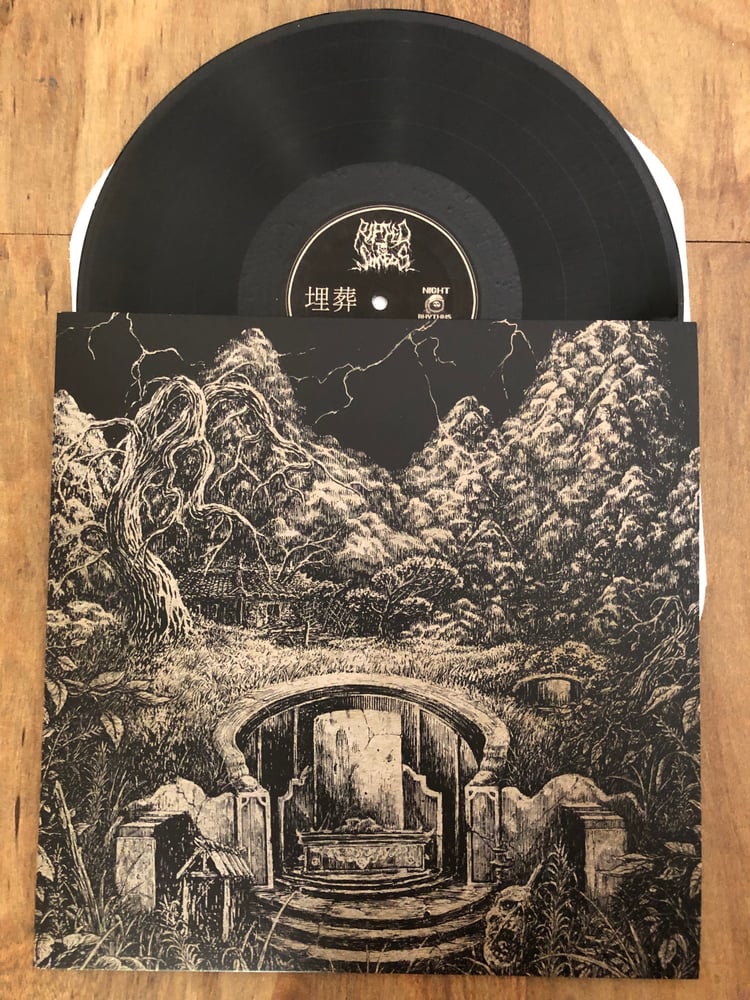 NRR is proud to present the vinyl version of Ripped to Shreds debut album 埋葬 within the next couple months. Explosive and earnest DM with old school Swedeath/grind tones & accursed mania.
I think the following excerpt from the artist explains the albums theme's quite well:

The song "撿骨" (jiangu), which I performed in Mandarin, informs the themes in the cover art and tone of the album. Traditionally in Taiwan we bury people in coffins without embalming to let the flesh naturally rot away, exhume the body several years later, remove and clean the bones and place them inside an urn, and then reinter the urn. This practice is called jiangu or "picking up bones." My great-grandparents were buried this way, but since space is limited now, my grandfather was cremated. Jiangu in this context refers to transferring the bone fragments left from cremation into the funerary urn. Worship of those remains is important, so I wondered, what if during the cremation process a mistake was made and the family was handed the wrong person's ashes and bones?

"撿骨" then depicts the deceased's impotence in bringing good luck to his descendants as they pay false obeisances to the remains of a stranger. The cover art shows a traditional Chinese grave but overrun with weeds and trash. For Han Chinese, '掃墓' or sweeping the grave is an important annual ritual, so leaving a grave to rot is an act of supreme disrespect to one's forebears. From these two elements I aimed to create a profane atmosphere of despair and obscurity. Beyond that, 埋葬 is also a reflection of the turmoil, strife, and chaos of late 19th to early 20th century China as she dealt with multiple internal uprisings and foreign invasions: the Taiping Rebellion, the April 12 communist purge, the Yellow River flood of the 2nd Sino-Japanese war, etc.