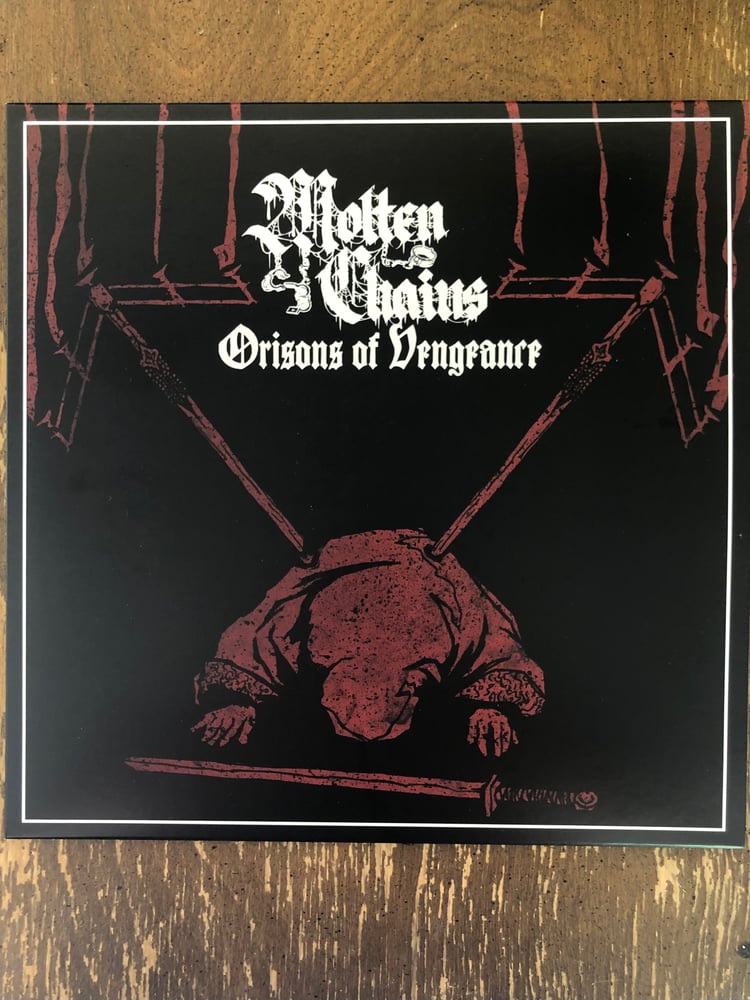 The heavy metal AOTY. Chews up and spits out trendy "true" retro heavy metal. More riffs on one side of this LP than some band's entire discography.

Vienna´s Molten Chains return with their third full-length ´Orisons of Vengeance,´ to be released in May on CD on Alone Records and later in the year on vinyl on Postmortem Apocalypse and Night Rhythm Recordings. The album showcases the band playing to their strengths of speed, technicality and originally to create other-worldly and dynamic songs which musically, lyrically and conceptually tower above their previous output. Ideas that were hinted at in the past are expanded to their fullest, encompassing moments of epic beauty, majesty and might as well snarling aggression and primal savagery. The album also marks the first concept album for the band, telling a tale of Shakespearean proportions accompanied by a manifold of guitar riffs, solos and drumming above and beyond the level that fans have come to expect from the band.